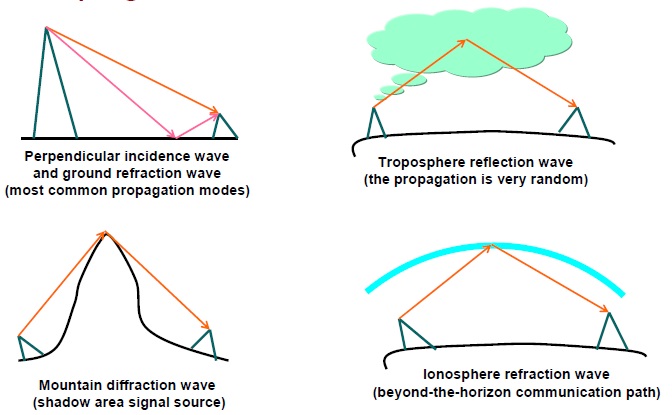 The propagation path for inter-satellite connections such as the optical connections GEO-GEO, LEO-GEO and LEO-LEO does not suffer from atmospheric absorption and scattering. In telecommunications, the propagation path is an artificial or natural physical characteristic that is close enough to a radio path to cause a measurable cause. 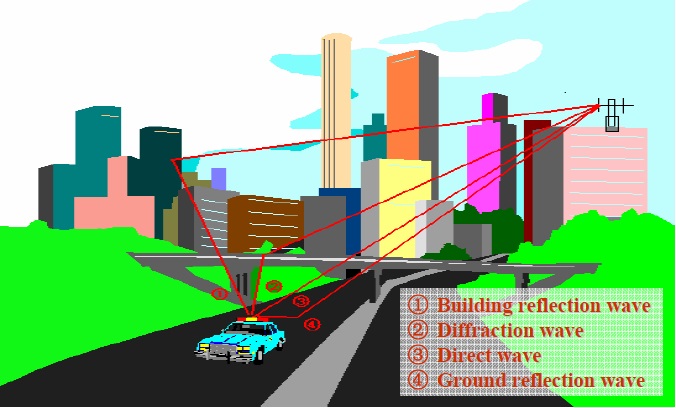 Its reflectance decreases with the increase of height. This slowly changing reflectance causes the radio wave to curve. The troposphere mode is applicable to the wireless communication where the wavelength is less than 10m (i.e., frequency is greater than 30MHz).

In a typical cellular mobile communication environment, a mobile station is always far shorter than a BTS. The direct path between the transmitter and the receiver is blocked by buildings or other objects.

Therefore, the communication between the cellular BTS and the mobile station is performed via many other paths than the direct path. In the UHF band, the electromagnetic wave from the transmitter to the receiver is primarily propagated by means of scattering, namely, the electromagnetic wave is reflected from the building plane or refracted from the man-made or natural objects.

The radio waves are distributed in 3Hz ~ 3000GHz. This spectrum is divided into 12 bands, as shown in the above table. The frequencies in each specific band present unique…