Skip to content
LTE
Last updated: 13th Jun '15
The width of a Sub-carrier is 15 kHz whatever the bandwidth

The symbol duration is always the same whatever the bandwidth
Reduced subcarrier spacing of 7.5 KHz for MBSFN operation also supported
• Center subcarrier (DC subcarrier) not used to allow for direct conversion receiver implementation

Flexible bandwidth allocation supported by OFDM
• Still different RF filter will be required
• Frame structure always the same
• Sampling frequency is an transmitter and receiver implementation issue
• Sampling rate is multiple of 3.84 MHz ? single clock for multi-mode UE with WCDMA
• Smallest bandwidth that is supported was modified recently and needs to be updated
The symbol duration depends on the sub-carrier width.

2 Cyclic Prefixes are defined by the 3GPP: 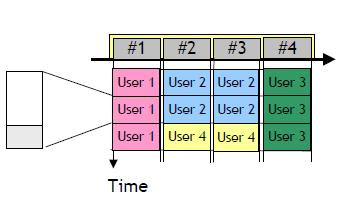 How OFDMA Transmitter in LTE ? In the downlink, OFDM is selected to efficiently meet E-UTRA performance requirements. With OFDM,  it is straightforward to exploit frequency selectivity of the multi-path…