PISCATAWAY, N.J., USA. (October 29, 2012) – AT&T, Google and Starbucks today announced that they have joined the Power Matters Alliance (PMA). Founded by Powermat Technologies and Procter & Gamble, the PMA’s Honorary Chairman is Google’s Vint Cerf – one of the fathers of the Internet – and its board now also includes AT&T, Duracell, Google and Starbucks. The US Government’s Energy Star and Federal Communications Commission – both PMA members – are board observers. 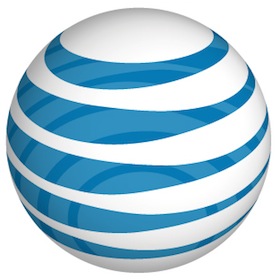 Beyond helping set a global standard, the PMA’s members and adopters are working together to create a real-world ecosystem of wireless power.

The technical work has been initiated by the PMA and operates under IEEE Standards Association (IEEE-SA) Industry Connections ‘Power Matters Activity’, officially launched in March 2012. Technical specifications to enable any device to interoperate with the PMA standard are already available to all PMA members

AT&T
“Smartphones and fast networks have transformed our mobile experience, and the next frontier is ensuring that these devices never run out of power,” said Jeff Howard, vice president devices and accessories, AT&T. “We believe the PMA has the right organizational framework, the right institutional backing and the most promising technological platform. We look forward to a future where all of our devices can charge seamlessly in the home, in the car and in the coffee shop – and expect that such a future is at hand.”

Google
“An Internet of ‘smart things’ is rapidly evolving and most of them are powered  electrically. Google cares greatly about a future where power can be wireless, smart and environmental,” said Vint Cerf, Chief Internet Evangelist at Google. “The PMA is about doing for power what the Internet did for data. With the help of Starbucks, AT&T, P&G, Powermat and so many others I believe this goal is finally within reach.”

IEEE
“The mobile revolution continues at a rapid pace and IEEE is poised to do the same for open wireless power standards as it did with the ubiquitous IEEE 802.11™,” said Dr. Konstantinos Karachalios, Managing Director, IEEE-SA. “The IEEE-SA Industry Connections Program is ideally suited to help PMA advance its groundbreaking technical specifications to make wireless charging a reality in the foreseeable future.”

Procter & Gamble
“P&G has been at the forefront of innovation and category creation for 175 years, and for 50 years our Duracell brand has been the leading force behind ‘power on the go’,” said Stassi Anastassov, President of Duracell at Procter & Gamble. “In today’s digital world staying powered up throughout the day is one of the biggest unmet consumer needs and therefore the next big thing in power. We are thrilled to be working side by side with global leaders from AT&T, Google, Starbucks and Powermat to bring this innovation to consumers worldwide.”

Starbucks
“We are always looking for ways to help our customers recharge, both literally and figuratively. Wireless charging is not only the most convenient and simple way to recharge a mobile device, but it’s environmentally friendly – so it makes perfect sense for us to be working with the PMA to create a universal standard for wireless charging,” said Adam Brotman, chief digital officer of Starbucks.

About the Power Matters Alliance
The Power Matters Alliance (PMA) associated with a program of the IEEE Standards Association called Industry Connections is dedicated to creating an ecosystem and open standard for smart wireless power.
PMA was founded by Powermat Technologies and Procter & Gamble in 2012. Google’s Vint Cerf – one of the fathers of the Internet – is its Honorary Chairman, and its board includes AT&T, Duracell, Starbucks and the US Government’s Energy Star and Federal Communications Commission. A wide array of PMA-compliant products are available at leading retailers, and compatible ‘wireless charging spots’ have been installed at leading airports, stadiums, restaurants, gyms and hair salons. Membership of the PMA is open to all, and its technical specifications are available to all members.

Feature for feature, the iPad mini mainly bests its rivals in the 7-inch tablet market, but it does so at a price that’s 65 percent higher than those competitors. The…

T-Mobile USA has signed a US$2.4 billion deal with Crown Castle that lets the towers operator have sole rights to use and lease out 6,400 of T-Mobile’s towers for the…