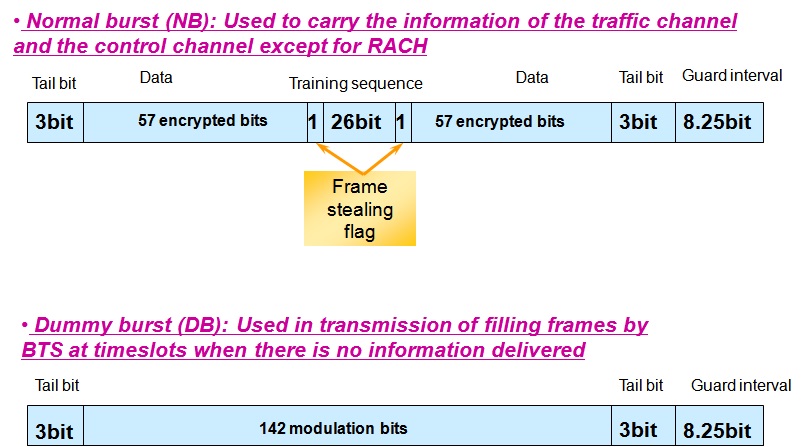 The GSM air interface of the radio interface has been thoroughly tested and contains some functions that mean that it works very well and reduces the costs for mobile phones. The form of modulation used is easy to generate and enables efficient operation of the handset power amplifiers, while at the same time sufficient data can be transmitted. As a result, the battery life of some handsets could be extended to many days. 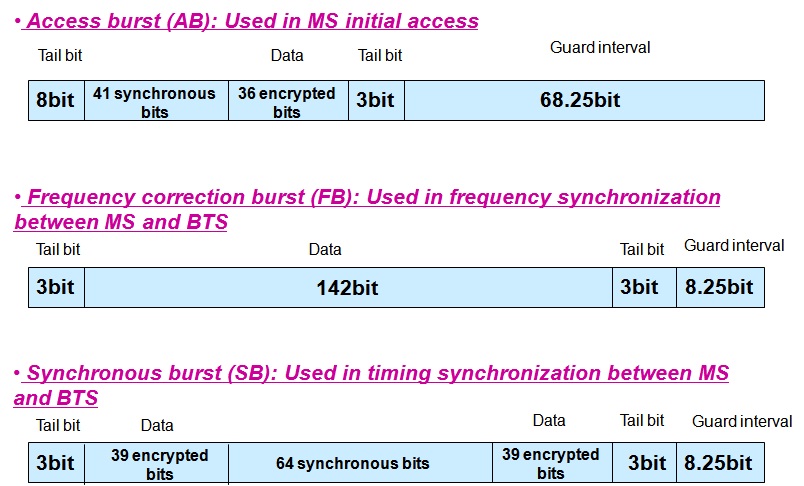 The slot is then the time assigned to the particular user and the GSM burst is the transmission that is performed in that time. Each GSM slot and therefore every GSM burst takes 0.577 mS (15/26 mS). Eight of these burst periods are combined in a so-called TDMA frame.

The major basic concept concerned with the radio path transmission of the GSM system is the burst sequence (simplified as Burst). It is a string of transmission units including more…

Actually, during the communication process, the mobile subscriber talks only 40% of the time and there is not much useful information transmitted during rest of the time. If all the…