HS-PDSCH in WCDMA mainly for 2 works,

HS-PDSCH High-Speed Physical Downlink Shared Channel is a channel added to UMTS to increase downlink data rates. This is defined in Release 5 of the UMTS specifications. An HS-PDSCH may use QPSK or 16QAM modulation symbols. HS-PDSCH is also part of the HSDPA.

HS-PDSCH is a downlink physical channel that carries user data and layer 2 overhead bits mapped from the transport channel: HS-DSCH.

The user data and layer 2 overhead bits from HS-DSCH is mapped onto one or several HS-PDSCH and transferred in 2ms sub frame using one or several channelization code with fixed SF=16.

Which types of information carries By Logical Channel in LTE? 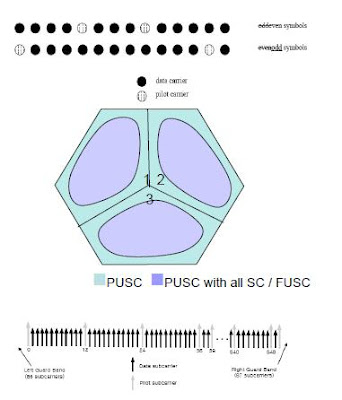 How Sub-Carrier Allocation in Wimax?