The table shows representative Link Downlink budget for 3G. Fluctuations in the signal can be represented by a scale and small effects such models are typically used for external circulation. Indoor shadowing results in a large-scale signal change, which may be represented by a log-normal distribution in a manner similar to 3G macro propagation model cells.

The motion of objects surrounding the 3G antennas can cause small variations in the signal due to multipath. This must be taken into consideration. The process can be considered small-scale multipath the same within each room or adjoining areas. Rayleigh fading is typically used when no dominant multipath component exists, while the Rican distribution is a more accurate model when both a dominant path and a number of weak multipaths are present.

Others fade empirical models for the propagation inside are Suzuki, Weibull, and Nakagami distributions are used in 3G link Budget. Since the internal traffic is typically slow motion, multipath fading is not easily average out. In contrast to the macrocell traffic, multipath fading inside has a greater impact on performance. 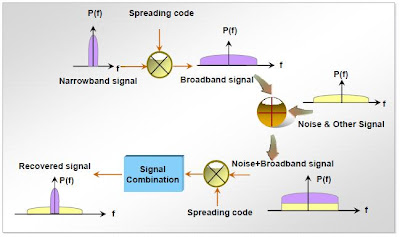